Shipping
Go To Step #2
We Respect Your Privacy & Information
Edit Shipping Details
Your order has been declined. Please double check your Credit Card Details or contact support for information.

ONE TIME OFFER ($39): Get over 5 hours of additional Expert Level Training from our PS 1.0 Live Event featuring Ed Calderon, Yousef Badou, Mike Pannone and Byron Rodgers. This Entire Training Package was sold for $297. Get Instant Access To All of It Today for ONLY $39!

TRAIN WITH 7 OF THE WORLD'S BEST

GET STARTED View Training Options
GET STARTED View Training Options
You Only Have to Turn on the News for a Few Minutes to Be Reminded That We Live in a World Where...
Things Can Go from Good... to Bad, Very Quickly...
A leisurely, fun-filled day at the park- or even a simple run to the grocery store, can turn into a life-threatening nightmare within an unbelievably short period of time.
Mass shootings, abductions, sexual assaults, fatal stabbings, riots, terrorist attacks...
The reality is that our personal safety, and of those we care for- is fragile, at best.
In fact, it’s not a matter IF you will ever be exposed to a violent threat - but WHEN.
It doesn't matter whether it’s a parent with children at a theme park, a first responder faced with an unknown emergency, or someone in an occupation that involves directly interacting with the public…
When it comes to your safety and of your loved ones, never trust anyone but yourself with your own security.⁣
And yet, sadly- that is EXACTLY what so many people do.
They know they aren’t prepared if they 're faced with a violent threat.
But the thought of it is scary and too uncomfortable...
So they push the thought aside and just hope "that nothing bad happens".
“Hoping something bad doesn't happen” is NOT a strategy..⁣
There ARE things you can do.
There ARE simple steps you can take to put yourself in control of your own personal safety.
You CAN learn real-life, easy to apply skills that will drastically enhance your ability to identify violence before it happens and know exactly how to react should you need to..
Who this online training is for...
GET STARTED View Training Options
The Experts & Topics... 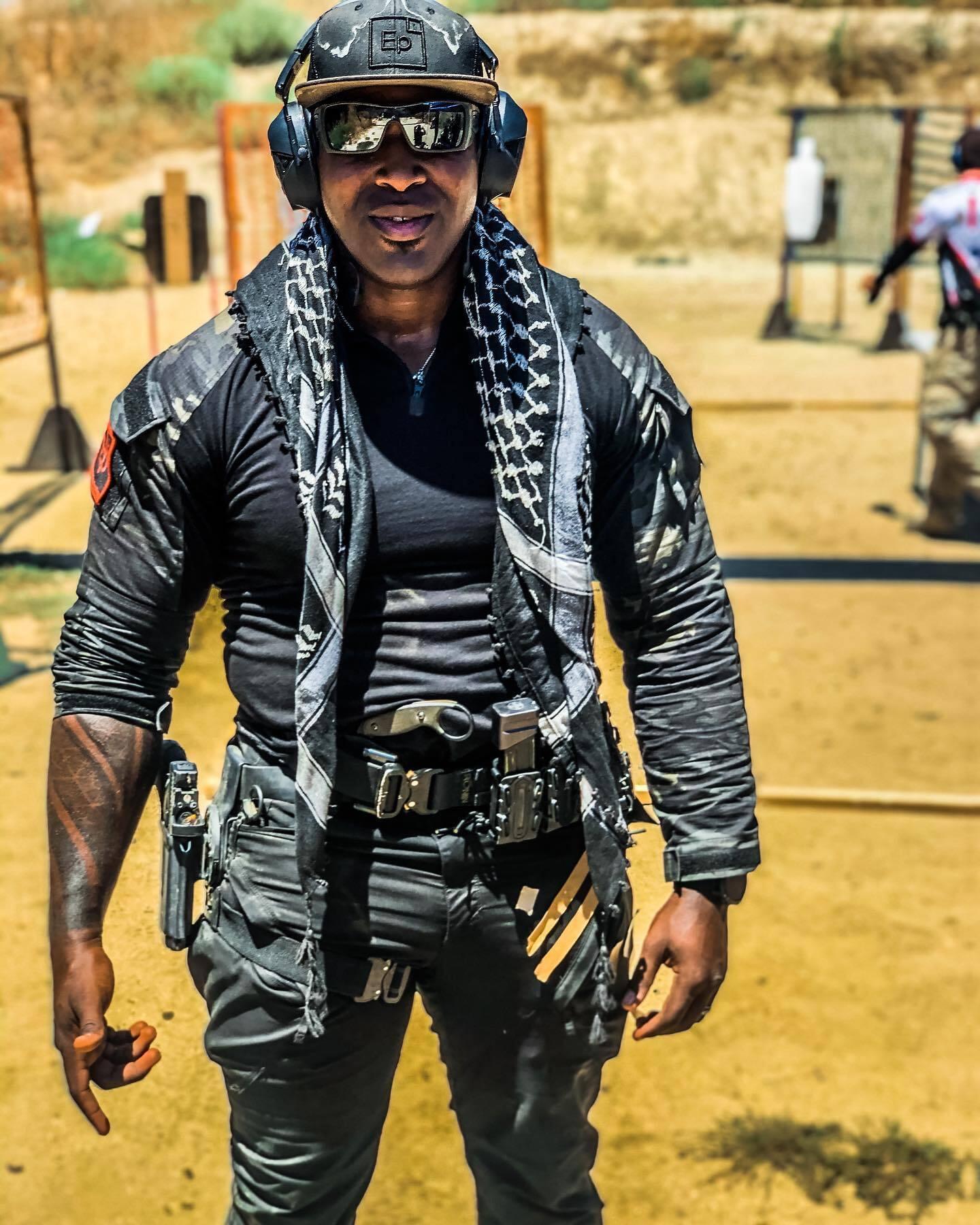 Byron has successfully ran teams of private security agents in over 60 countries protecting every client demographic the industry has to offer. He’s a double psychology major in the science of psychology and forensic psychology.

He runs an online school called the Executive Protection Training Day where private security professionals go to take their skills to the next level. 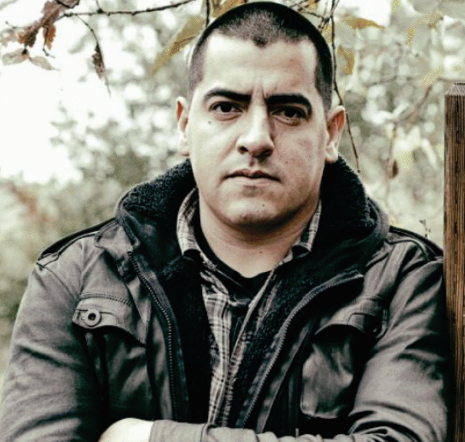 Ed has over a decade of experience with counter narcotics, organized crime investigation and executive protection OPs in very dangerous border regions of Mexico, and is globally recognized as an industry leader with regards to personal protection
He is a subject matter expert on cartel operations, Mexican criminal culture of cult practices, abductions, and counter custody tactics. 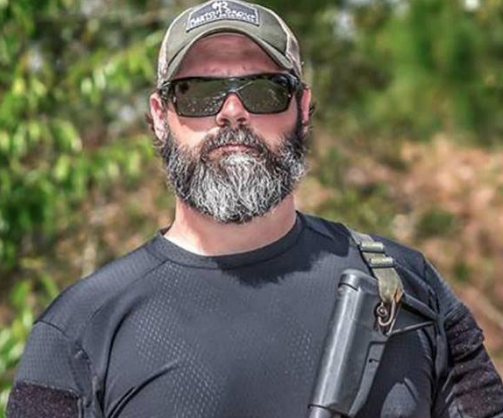 Jared has been a Law Enforcement officer since 2001, active member of S.W.A.T. since 2004, and is currently a Detective for the DHS/Gang Investigations Unit.
He is also the assistant team leader and lead firearms instructor for his SWAT team. Jared has successful conducted over 1k S.W.A.T. missions, including several lethal force incidents.
For his actions in a January 2008 shooting, he was awarded The President of the United States “Medal of Valor”, American Police and Hall of Fame’s "National Police Officer of the Year", Fraternal Order of Police’s "Florida Police Officer of the Year", and the State of Florida’s "Law Enforcement Officer of the Year awards. 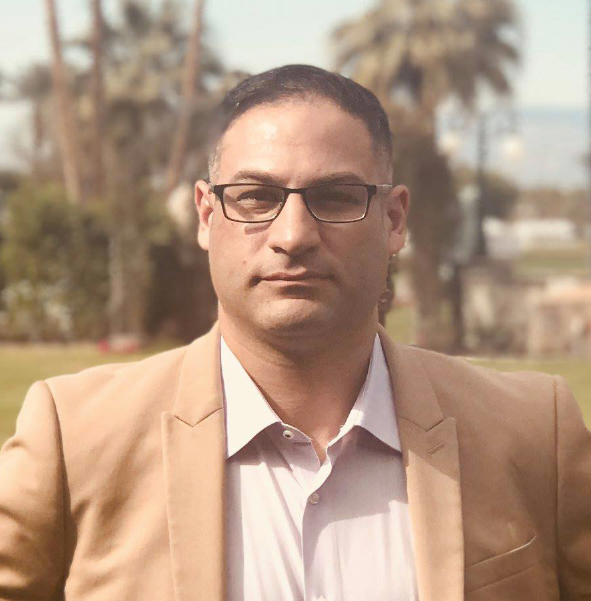 Speaking Topic: Situational Awareness & The Left of Bang Mindset
Yousef is a former Marine Infantryman with multiple combat tours, and an industry leading expert in the areas of Situational Awareness and Behavioral Analysis.
With over 12 years experience, he has trained and certified over 6,000 Students and Instructors around the globe.
He is routinely utilized by the FBI, Joint Regional Intelligence Centers, Overseas Advisory Council, and all levels of Military and Law Enforcement. 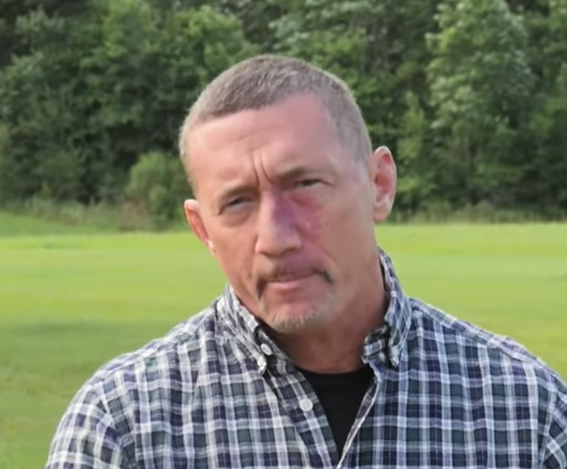 Speaking Topic: Interdisciplinary Introduction to Entangled Handgun Skills
(a/k/a “SouthNarc”) Craig is a 21 year Law Enforcement Veteran with most of his time on SWAT and Narcotics OPs.
Since 2003, he has been teaching globally under the ShivWorks brand and has conducted coursework on entangled shooting skills in nearly 40 states and nine foreign countries.
He has taught for Federal, State, and local Law Enforcement agencies, and to three branches of the U.S. Military 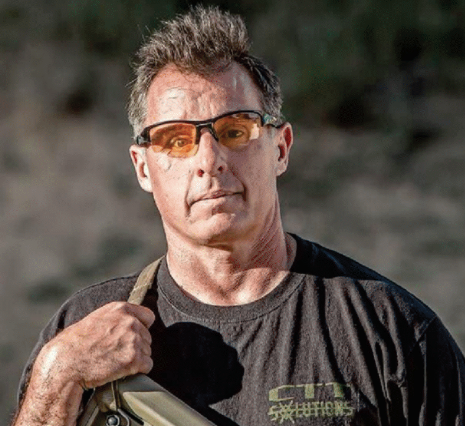 Speaking Topic: Security Preparedness for Individuals & Families
Mike Pannone is a former operational member of U.S. Marine Reconnaissance, Army Special Forces (Green Beret) and 1st SFOD-D (Delta) as well as a competition USPSA pistol shooter holding a Master class ranking in Limited, Limited-10 and Production divisions.
He has participated in stabilization, combat and high-risk protection operations in support of U.S. policies throughout the world as both an active duty military member, and a civilian contractor. 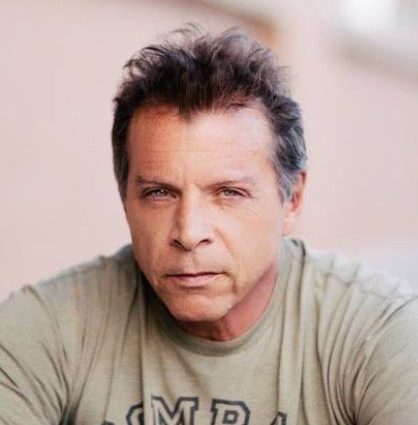 Speaking Topic: The Physiology of an Ambush: Why, How and When Executive Function is Hijacked by Sudden Violence & What You Can Do About It.
Coach Tony Blauer has been in the martial art, self-defense, defensive tactics, and combatives industry for over four decades.
He founded Blauer Tactical Systems (BTS) in 1985 and it has grown into one of the world's leading consulting companies specializing in the research and development of performance psychology, personal safety, and close quarter tactics & scenario-based training for law enforcement, military, and professional self-defense instructors.
His research on the neuroscience of fear and the startle-flinch lead to the development of the SPEAR System® a modern personal defense system based on physiology, physics, and psychology. It has been used by defensive tactics and combative trainers all over the world for over 30 years.
After decades of interviewing victims of violent encounters and studying violence, he created the KNOW FEAR® program which focuses on managing fear through self-awareness, resiliency and a 'movement' mindset. This program has also been integrated by psychologists helping Vets to deal with PTSD.

Mr. Blauer's programs have influenced over three decades of trainers and coaches as well as most contemporary reality-based martial artists. He resides in California with his wife, kids, and dogs but still travels extensively working with individuals, corporations and government organizations around the world providing solutions for training, performance assessment and credentialing. His company is dedicated to enhancing the mental and physical safety of everyone they help train. 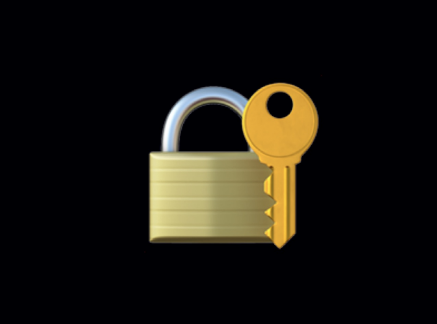 PLATINUM Members get access to an Entire 3rd Full Day of Training. Including a private panel discussion with all featured speakers answering questions and diving deep into the rabbit hole of the mindset and skills needed by the modern protector
MAKING THE WORLD A SAFER PLACE BY TEACHING GOOD PEOPLE HOW TO BECOME MORE DANGEROUS
SELECT YOUR PASS:

See What Others Are Saying About The Last Event...

As a private citizen/firearms instructor the protector symposium was truly a wealth of knowledge. The different perspectives of the speakers were eye opening to me and have already enhanced the training that I provide to my students. - David

The guest speakers are pros that presented the topics based on their field experience. It was a very casual setting that allowed the information to be received quite easily. - Catalino

I liked that the training was relevant and broken into relevant blocks. - Jason

Straight and to the point. New insights on what works in the real world.  - Vance

I loved the perspective of the panelists, especially Yousef and Byron's material.
- Marcos

Nowhere else would I have been able to pick the minds of some of the most knowledgeable people who are currently at the forefront of this industry! My experience at the Protector Symposium was invaluable. - Steven

The Protector Symposium delivered beyond expectations. The online training answered all of the questions that I had about the Executive Protection profession. Great, accurate and up to date content, delivered with passion by Byron. It felt like one on one coaching all the way thorough. -Daniel

The guest speakers meshed well together for the mindset dynamic utilized within the industry as well as providing insight in how to better protect ourselves and our families. - Stephen

Factual, no BS, and to the point, with lessons learned and great info to take with you. - J

A really great one of a kind event! Byron brought in some superstar speakers to address a very diverse group of badasses in their own right. Highly recommend. - James

The symposium was a great event. The presenters were some of the top people in their individual fields. I have been in this industry for over 20 years and I walked away with new knowledge. - Juan

I enjoy everything about the Symposium because it keeps me updated on certain skills, equipments and protocol for this way of life. - Andre

The online replay of the Protector Symposium was a real-world, applicable wealth of experiences and training compiled from leading protectors in the industry. I will revisit the content for years to come.s.  -Toby

This event was an amazing opportunity to mingle and learn from the leading experts in our industry. Byron put together an all star group of relevant speakers and industry leaders. I purchased multiple tickets for my staff and we all walked away from the experience refreshed and fulfilled. We are eagerly awaiting the next symposium! - Logan

The online training was easy to use and I took away MANY points and notes. The speakers had tons of valuable information which everyone can use for their specific needs.  - Michael 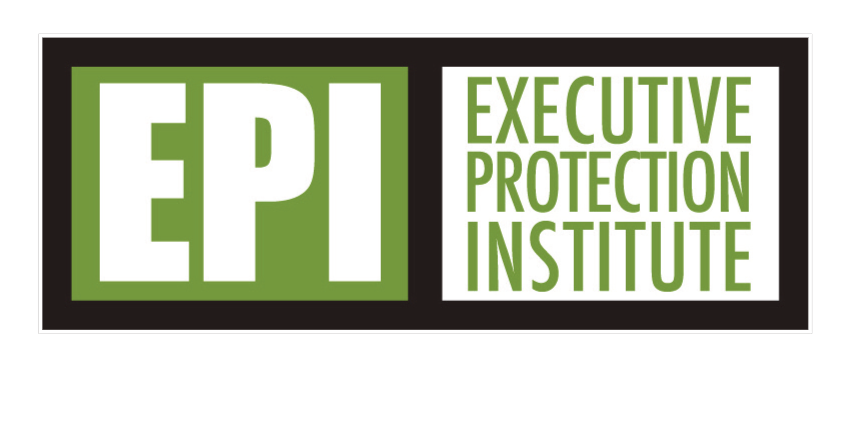 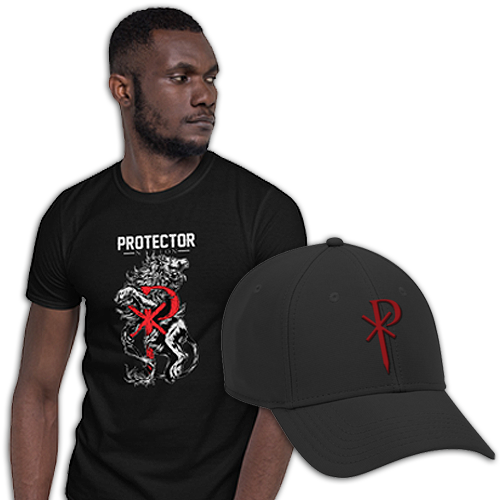 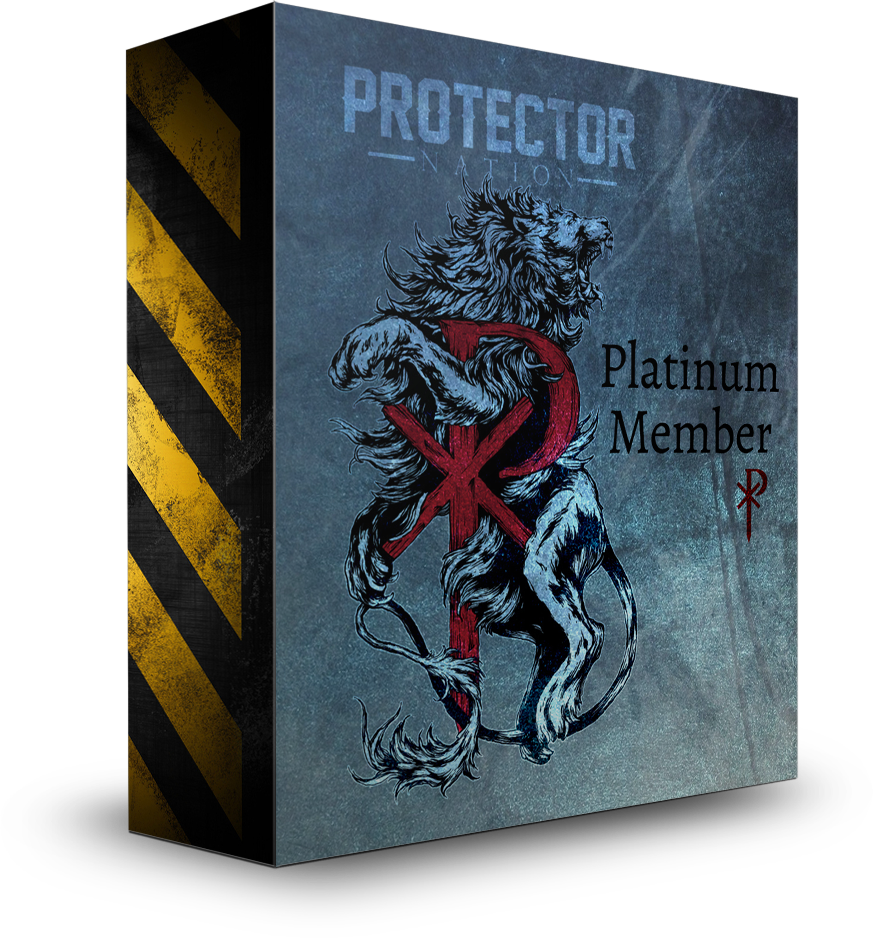 Special Delivery From Our Sponsors! All Platinum Members receive a box of assorted accessories. Shipped directly to your doorstep. You'll be able to select your shirt size during checkout.
Get Instant Access Protector Symposium 2.0 | Digital Replay
GET STARTED View Training Options
Frequently Asked Questions:
Question: How long will I have access to the training content?
Answer: GOLD ticket holders get Lifetime Access to 100% of the online training content for Day 1 and 2. PLATINUM Members get Lifetime Access to All 3 Days of Content + Bonus Sections
Question:  Is all of the training online?
Answer: Yes. After enrolling you will have immediate access to the Member's Training Portal where you can view all of the training sessions OnDemand.
Question:  Can I access this material on my iPad, iPhone, or Mobile device?
Answer: Yes! You can review the audio and video sessions can be streamed on any mobile device - anytime, anywhere.
Question:  Who is the Protector Symposium for?
Answer: This training is for anyone of any background. Whether you're currently in the security industry, a first responder, or simply someone who wants to empower themselves and their loved ones with 1st-in-class training on the topics of threat detection, anti-kidnapping, concealed carry tactics and more - the Protector Symposium Online Global Summit is specifically designed for those who have a heart for protecting others and understand the tremendous value that comes from investing in their understanding of these life-saving skills.
Question:  What are the payment options?
Answer: We accept all major credit cards. Visa, MasterCard, Discover, American Express. Should you have any problems with your payment, please contact us by clicking here
Order Form: Get Access Now
Have A Question That Wasn't Answered Above? No Problem! Send Our Team An Email By Contacting Us HERE